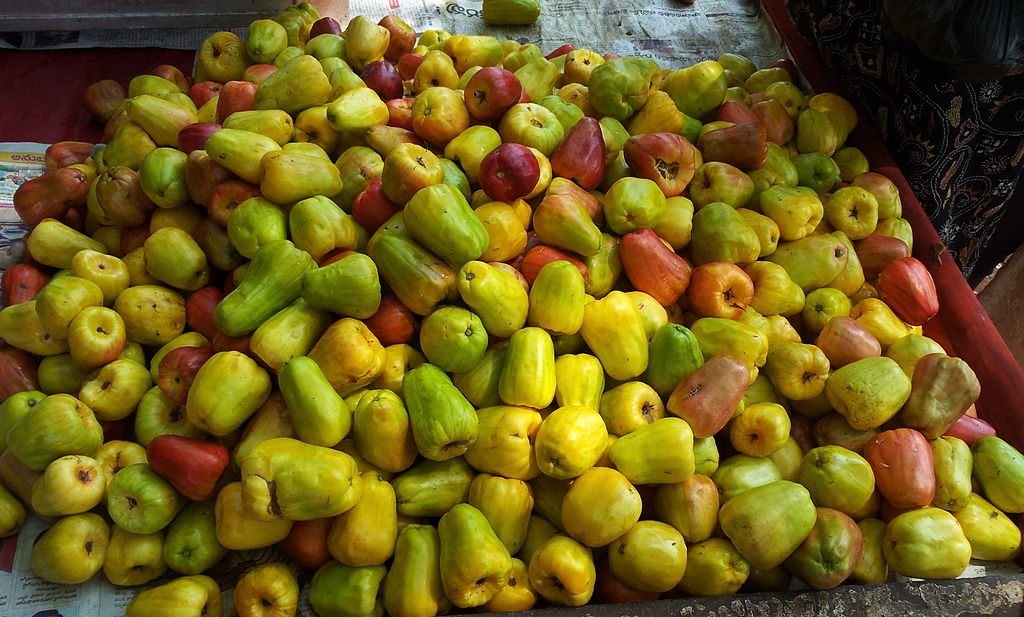 The cashew apple is a soft fruit, rich in nutrients, and contains five times more vitamin C than an orange. It is eaten fresh, cooked in curries, or fermented into vinegar, as well as an alcoholic drink. It is also used to make preserves, chutneys, and jams in some countries such as India and Brazil. In many countries, particularly in South America, the cashew apple is used to flavor drinks, both alcoholic and nonalcoholic. In Brazil, it is a popular fruit flavor for the national drink, the caipirinha.

In much of Brazil, people regard the cashew apple as the delicacy, rather than the nut kernel which is popular elsewhere. In fact, in parts of Brazil and neighbour countries, the cashew apple is more popular as a food than is the cashew nut. A large reason for this is simply the availability of cashew apples. They tend to be popular where they are readily available.

Cashew nuts are more popular than cashew apples in many parts of the world—regions that do not grow cashews—because the fruit, unlike the nut, is difficult to transport to these places. Unlike cashew nuts, cashew apples are extremely soft and easily bruised in shipment. For this reason, cashew juice and cashew juice concentrate are often shipped to these nonlocal countries instead of the fresh fruit.

Cashew apples have a sweet but astringent taste. This astringency has been traced to the waxy layer on the skin that contains a chemical, urushiol, which can cause minor skin irritation to areas that have had contact with it. It is almost identical to the astringency caused by the skin of a mango, which also contains urushiol. The astringency from mango skin can be mildly tasted in the flesh of mango fruit, just as the astringency of cashew apple skin can be mildly tasted in the flesh of cashew apples. In cultures that consume cashew apples, this astringency is sometimes removed by steaming the fruit for five minutes before washing it in cold water; alternatively, boiling the fruit in salt water for five minutes or soaking it in gelatin solution also reduces the astringency.[6][28] When mixed in drinks or used as a flavoring, the astringency becomes highly diluted and typically causes no irritation to those without urushiol allergies.