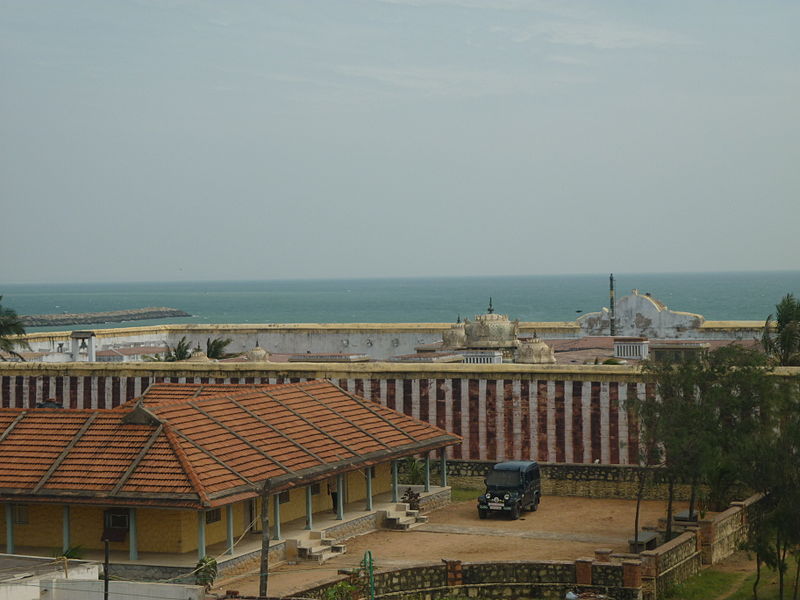 Kanya Kumari is notable for pilgrimage and tourism. The place takes its name from the goddess Devi Kanya Kumari, considered to be a sister of Krishna. Women pray to her for marriage. The goddess is believed to be the one who removes the rigidity of our mind. The temple here is a Shakti Peetha, one of the holiest shrines of the Mother goddess. Also nearby are eleven sacred theertham.

The place was called Kanyashram of the Baalaambika, the deity of the temple. The ablution in sea for Pitr Tarpan is done here. This is one of the rare temples in India where Devi (Mother Goddess) is worshipped as a child. The rites and rituals are done in the Kerala Namboothiri method, so there are slight differences in the way of worship compared to the temples of the nearby region. The deity is the goddess of Sanasa,[9] so people from all over India who desire to devote their life as Sanyasin come here and take the deeksha. Swami Vivekananda came to this temple as directed by his Guru Shri Ramakrishna Prarama Hamsa, being a Sanyasin.The temple is very old and is mentioned in ancient Sanskrit literature.

The beach sands are multi-coloured and likened to a mythological story.There is a shrine for Kalabhairava in the temple. It is said that the backbone area of Sati Devi’s corpse fell here.

The place is famous for Agastyar mala where Sage Agastya lived. He is the founder of Siddha vydya, so there is innumerable medicinal plants available here. He is also considered as the founder of Varma Kalai, a form of martial arts.

Another pilgrimage is Nagaraja Temple, Nagercoil nearby.

At the Thanumalayan Temple in Suchindram, the three main gods of Hindu mythology – Śiva, Brahmā and Viṣṇu – are in one form called Sthanumalayan